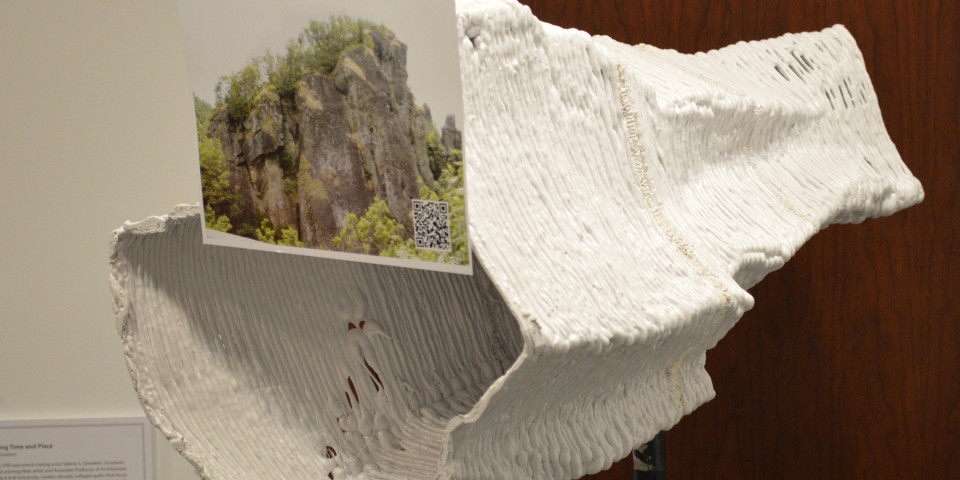 Michael Rees is a formLab inaugural Project Fellow who is an artist working in themes of figuration, language, technology, and the social to weave a sculptural mélange. He is the recipient of numerous honors and grants, and his works are in the collections of the Whitney Museum of American Art, the Kemper Museum of Contemporary Art and numerous private collections. Rees is Associate Professor of Sculpture and Digital Media, and Director of the Center for New Art at William Paterson University. During his visit November 2013-January 2014, Rees utilized many of FAR’s resources, including the MMAP 3D printer, to produce sculptural work with an augmented reality component. In addition to generating human scale MMAP forms, Rees created sculptural elements using the Zcorp printer, welding, acrylic rod, and laser cut service board. Along with FAR Co-Director, Carolyn Henne, and graduate student, Craig Ryan, Rees tested a number of surface treatments ranging from commercial stucco products to FGR. During his visit, Rees gave a well-attended lecture about his body of work and exhibited his works in progress in the FAR Gallery. 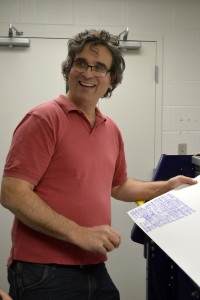 Michael Rees is a sculptor living and working in the New York Area as well as a Professor at William Paterson University, Director of the Center for New Art and Co-Director of the Fine Arts Graduate program. He is an artist working in themes of figuration, language, technology, and the social to weave a sculptural mélange. Rees has shown his work widely including the Whitney Museum in the 1995 Biennial and again in “Bitstreams” in 2001, the MARTa Museum in Germany, Art Omi, The Pera Museum in Istanbul, The Kemper Museum of Contemporary Art, and in private galleries such as 303 , Bitforms, Basilico Fine Art, Pablo’s Birthday, Favorite Goods and elsewhere.

His works are in the collections of the Whitney Museum of American Art, the Kemper Museum of Contemporary Art, Kansas City, and numerous private collections. Rees has received grants from Creative Capital, the New Jersey State Council on the Arts, the Rockefeller Foundation, and the National Endowment for the Arts. He received his BFA from the Kansas City Art Institute and his MFA from Yale University. He also won a Deutscher Akademischer Austaushdienst for undergraduate study at the Kunstakademie in Dusseldorf, Germany, with Joseph Beuys.  Rees is currently professor of sculpture and digital media at William Paterson University, and Director of the Center for New Art there.

For more information on Michael Rees, visit his website at www.michaelrees.com